From day one at that first Taco Shop, Roberto committed to delivering, “fresh, authentic, simple food made from quality ingredients and served in satisfying portions at modest prices.” That commitment is still as strong today and is considered the cornerstone of Roberto’s success.

Today, Roberto’s also known as the original “Mexican Taco Shop” by many has become a strong community icon in the north coastal area of San Diego. Local residents, beachgoers, the area workforce and many tourists start feasting on breakfast burritos and the feasting continues through lunch & dinner. The most popular items are, of course, Roberto’s Original Carne Asada Burrito and the rolled tacos with guacamole.

Roberto’s business has shown continued growth. Today more family sized takeout orders and catering orders contribute to that growth. More than ever before, loyal customers are sharing Roberto’s good food with friends and parents are thinking of Roberto’s for the meal they’ll take home for dinner. That is the ultimate compliment.


There has been a lot of new competition in recent years, but Roberto’s continues to be a favorite “taco shop” in Northern San Diego. That is something that Rolando, Roberto’s 5th son and his wife Cecilia do not take for granted.  Charged with their part of carrying on the tradition, Rolando & Cecilia opened their 1st Roberto’s in Solana Beach in December 1981 and own three of the one hundred plus family run Roberto’s locations throughout the southwest. 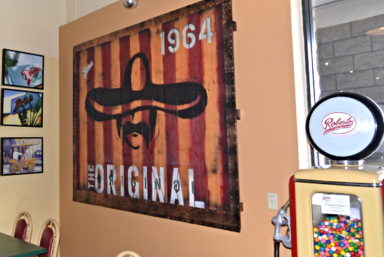 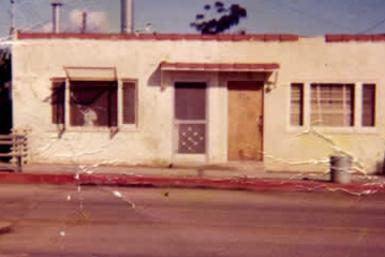 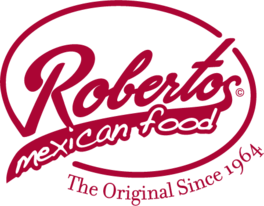 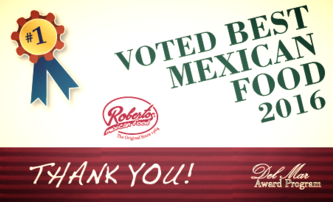 Believe it or not Roberto’s got started with tortillas.  In 1964, San Diegan Roberto Robledo opened a tortilla shop in San Ysidro  just to make ends meet. It was a true family affair with his five sons and daughters helping out daily to make and sell the tortillas.

At the request of several of their customers, Dolores, Roberto’s wife began making and selling burritos just like the ones she made for her children.  Almost overnight the burritos, at 10¢ each in those days, were in high demand.

To keep up with the growing demand for their burritos, Roberto & Dolores opened their first Roberto’s Taco Shop in 1964. A few years later, at their National City Taco Shop, Roberto’s Original Carne Asada Burrito was born.